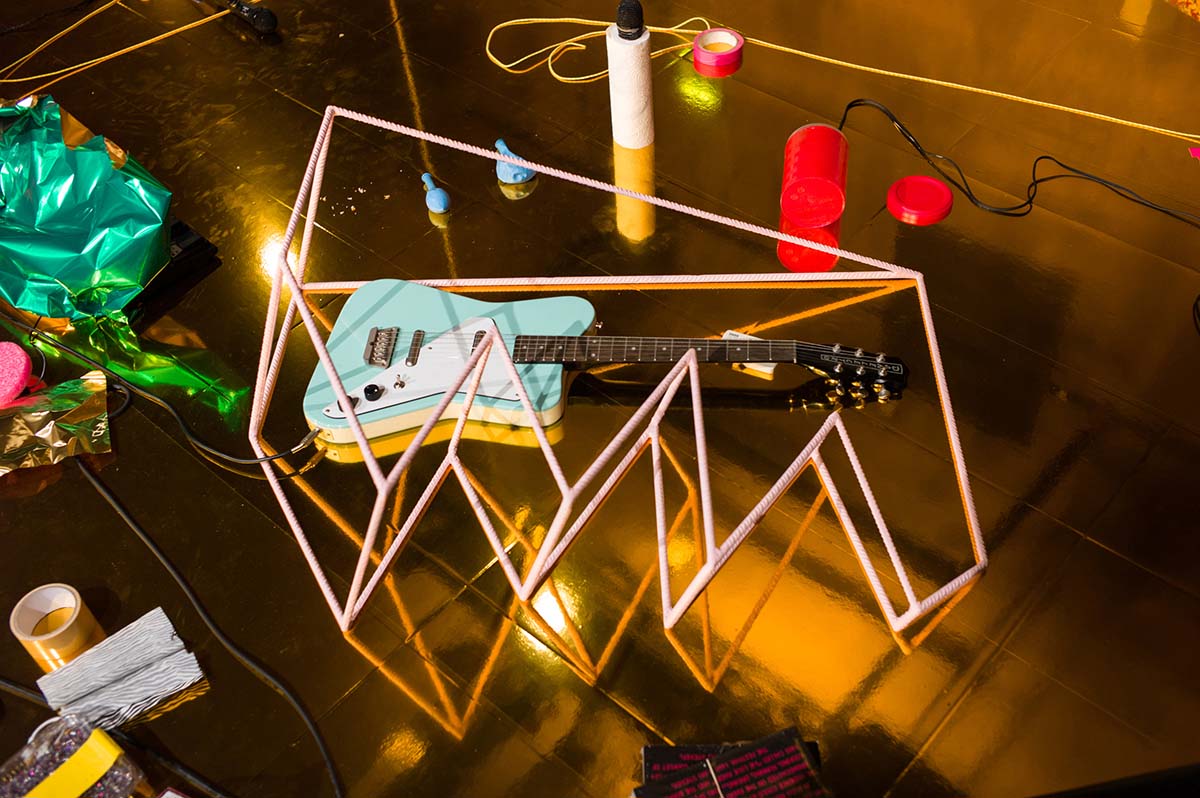 The commission arose in 2015 after the invitation of the Commissioner and Art Critic Iván López Munuera, for the 'The Dark Side of the Party' inauguration, within the festival C+Arquitectos. Since then, The Glammatics has been touring with 'Alma the Rimel’ in their concerts.

For more information about , see: http://almaderimel.com/

1. Unmentionable. The idea of the piece is to activate a concert from unknown. The Glammatics absorb 'Alma the Rimel’s’ aesthetics and deploys it in some “difficult to name” elements.

2. Glam. A glam concert is not only listened to, it is also looked at and touched. Glam is, in itself, a synaesthesial proposal.

3. Synaesthesia. Objects that sound, but they do not sound to what they should sound, instruments that do not do what they seem to do, a concert enabled with birthday cards, sprays, lipstick-fingers and some spikey objects and sexy materials which accompanies Alma the Rimel onstage.

4. Scale. The Glammatics are neither large nor small. They configure a system of relations in which the rest of Alma the Rimel’s elements assembles with.

5. Jigsaw. The Glammatics fit together defining a trunk-puzzle. In its interior it holds/accommodates the rest of the set objects, during displacement/removals.